The Disruptors’ Feast How to avoid being devoured in today's rapidly changing global economy by: Frits van Paasschen $16.99 - Available on Amazon 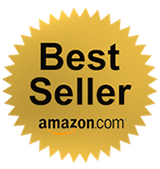 How to avoid being devoured in today's rapidly changing global economy

Virtually everything about the way people live and do business is changing faster than ever before. Digital technology, global development, urbanization, and business disruption represent both a major opportunity and a threat in the global economy. Although individuals and organizations are aware that the world is changing exponentially, most are ill-equipped to face this level of disruption and volatility. The Disruptors’ Feast is a unique look into the trends that are shaping the world of the future, and a guide on how to avoid being eaten alive.

Frits van Paasschen is a seasoned global executive whose work has brought him to more than 100 countries. In The Disruptors’ Feast, van Paasschen takes readers on a literary journey to far-flung places around the globe to uncover the forces that are disrupting the status quo and driving change. His travel experiences illustrate how the stage is being set for even greater disruption, and what individuals and organizations can do to prepare for change and stay relevant in a tumultuous environment.

This book isn’t about the end of an era, but the end of eras. People have everything to gain or lose in how they deal with what is coming, regardless of their location, industry, profession, or aspirations. van Paasschen’s unique insight offers a fresh perspective that is dearly needed in business today.

Want Frits to speak at your next event?

Frits is represented by BigSpeak. View his bio page.

Frits van Paasschen is a seasoned global executive and the author of The Disruptors’ Feast, an Amazon best-seller. His thirty years of experience inside global companies affords him a unique perspective on the trends reshaping the global economy. Frits sees the accelerating pace of disruption as being driven by climate change, digitization, and human inequality. His work as a keynote speaker, investor, board member, and advisor focuses on helping organizations thrive in times of rapid change.

Frits serves on the boards of two public companies that have navigated global change exceptionally well, Williams-Sonoma and Royal DSM. He is also an investor and board member of three high-growth “unicorns”: Convene (where he also serves as chair), citizenM Hotels, and Sonder. Additionally, he is on the board of J.Crew Group. His work as an advisor spans several roles, including working with TPG Capital, Russell Reynolds Associates, The Red Sea Development Company, and Indian School of Hospitality, as well as startups, namely BigSpring (a remote-learning platform), Jabbrrbox (technology-equipped workspaces), PlacePass (a travel-services marketplace), and Rewyre (a prop-tech platform).

Frits spent more than a decade as a Fortune 500 CEO, first at The Coors Brewing Company and then at Starwood Hotels and Resorts Worldwide. He also held several management positions at Nike, ultimately becoming Nike’s GM (president) of Europe, Middle East, and Africa. Prior to joining Nike, he worked in finance in Disney’s Consumer Products Division. His career began at Boston Consulting Group and McKinsey & Company, where he primarily served retail and consumer clients.

Frits has been a non-executive director at Barclays PLC, Jones Apparel, Oakley, and Apollo Hotels. Frits has also served on numerous other advisory boards, including the European-American Industrial Council (as chairman), the U.S.-India and U.S.-China Business Councils, the Ras Al Khaimah Tourism Authority, and The Center for Environmental Leadership in Business at Conservation International.

Frits holds a BA in Economics and Biology from Amherst College and an MBA from Harvard Business School. At Harvard, he was a teaching fellow in economics. Originally from the Netherlands, Frits holds dual U.S. and Dutch citizenship. A passionate traveler, he speaks five languages and has visited nearly 120 countries. In his free time, he enjoys endurance sports, photography, and collecting antique maps. He has been married since 1990 and has three children.

Every once in a while I find a book that completely captures the moment we’re in, a moment where things are happening so fast that we can’t understand what’s happening, and without help we’ll be swept away by change. In The Disruptors’ Feast, ex-HOT CEO Frits van Paasschen has written that book, and I am on a mission to have you buy it and buy it NOW! Frits not only gets the era, he explains what you can do to survive and thrive—or be left behind by it. The Disruptors’ Feast is more than an inside look at what it takes to run a global company. It also shares real insights into profiting from global growth while avoiding being hammered by technological change. Smart investors will use The Disruptors’ Feast to get the macro insights they need to build their game plan and get rich slowly, the lasting way! And smart managers? If you don’t read it, then maybe your stock just won’t be worth owning.

Jim Cramer spoke with the former CEO of Starwood Hotels & Resorts and Coors Brewing on the new world of business and how to conquer negotiations with Donald Trump.

We are all drowning in data and starved for wisdom. The Disruptors’ Feast is more than a business book. It is full of wisdom about how our lives are being transformed by technology and disruption. In a lively and intimate style, Frits van Paasschen draws on his experience as a global business leader to offer advice on how we can prepare ourselves and our institutions to thrive and make sense of a tumultuous world

— Arianna Huffington, co-founder, The Huffington Post, and author of Thrive and The Sleep Revolution

Contact us
"Disruptive innovation is upending industries and transforming labor markets around the world. The fact of the matter is that most disruptees will struggle to adapt. Calling on first-hand experience, The Disruptors’ Feast explains the new kind of leadership and approach to strategy that is needed to succeed in the face of unprecedented and discontinuous change."
"Frits is an inventive CEO who has a deep understanding of what is at stake in today's interconnected global economy. In The Disruptors' Feast, he demonstrates how digital networks can upend businesses across a wide range of industries to positively change lives and impact cities around the world. This fascinating read offers fresh insights and proactive steps that established companies can take to not fall behind."
"In his role as CEO of Starwood Hotels & Resorts, Frits van Paasschen had a prime perch from which to observe the global economy, where he responded to and profoundly influenced how, why, and where people travel for business and pleasure. The Disruptors’ Feast is a fascinating and astute collection of stories and data that explain the unprecedented change and speed necessitated by today's shifting plates in the geopolitical and technological landscape."
"The Disruptors’ Feast is a fresh take on how rapid advances in technology are impacting every sector of society. Van Paasschen’s first-hand accounts offer practical lessons that extend beyond just the business world. Environmentalists, policy makers, business and nonprofit leaders can all benefit from his insights on adapting to a rapidly changing world."
"The Disruptors’ Feast is a must-read for anyone who is interested in not just surviving, but succeeding in the face of digital disruption. Van Paasschen offers first-hand insights into what is happening around the world and what it means for everyone. You will benefit from the wisdom contained in this book, whether you are a student making career choices, a business leaders shaping strategies, or someone seeing your livelihood disrupted."

Keep in touch with Frits!

Processing...
Thank you! Your subscription has been confirmed. You'll hear from us soon.